Top Four Movies That Will Change You Forever

Some movies are made to entertain or inspire you while others are meant to destroy you or blow your mind away.

What the movie is all about

The film concentrated on the life of Ponyboy as an orphan and a Greaser and how he and the other young Greasers in his neighborhood were torn between two groups: the Greasers and Socs.

The movie is a reminder that groups or communities shouldn’t label and define us as individuals. The conflict between the Greasers and Socs was evident and could be influenced by class and social distinction.

If you’re a Greaser, you should be wearing black leather jackets, jeans with greasy hair and should be living in a poor neighborhood. You should be tough; and because you’re labeled as a poor guy who creates all the trouble in the neighborhood, then you’ll be the prime suspect in every crime in your town. If you’re a Socs, you’re supposed to be living in a nice neighborhood with nice cars, nice clothes, and a bright future. And you don’t steal, you can do everything you want because it’s easy for you to get away from almost anything. That’s labeling.

The first scene of the movie showed Ponyboy getting out of the movie theater. He was just a regular guy who liked watching movies and reading books. But because he was born in a low- income working class family surrounded by a not a so nice neighborhood, he was labeled as a Greaser.

Before Johnny died, he told Ponyboy to stay gold, to stay young and innocent and not grow up fast. To stay young is to be passionate and ideal. To stay innocent is to see the goodness in everybody and being positive. But then, as the title of Robert Frost’s poem goes, “nothing gold can stay.”

Johnny Cade: I think I like it better when the old man’s hittin’ me. At least he knows I’m there.

Ponyboy Curtis: Johnny’s dead. Told him about beating the socs, I don’t know. He just died. Told me to stay gold. Dally’s gone. He couldn’t take it, he’s going to blow!

What the movie is all about

The important part of the story started in the summer of 1967 when four boys Tommy, Michael, John, and Shakes were sentenced to serve 12 to 18 months at the Wilkinson Home for Boys where they were sexually abused by the prison guards.

The film tells a story about justified revenge. The violent and rape scenes force the viewers to unconsciously justify the killing of the prison guard and the tricks they played during the court hearings.

What is disturbing is that we unconsciously agree and justify their actions because the characters have already earned our sympathy. Our ability to empathize and sympathize could be a valid reason to long for revenge.

Lorenzo:
Mike, are you sure you wanna go this way? I mean we buried this a long time ago.

Michael:
You still sleep with the light on?

Michael:
You read the Count of Monte Cristo lately?

Lorenzo:
I dunno, 10 years ago

Michael:
I read a little bit every night. I read words like revenge, sweet, lasting revenge. 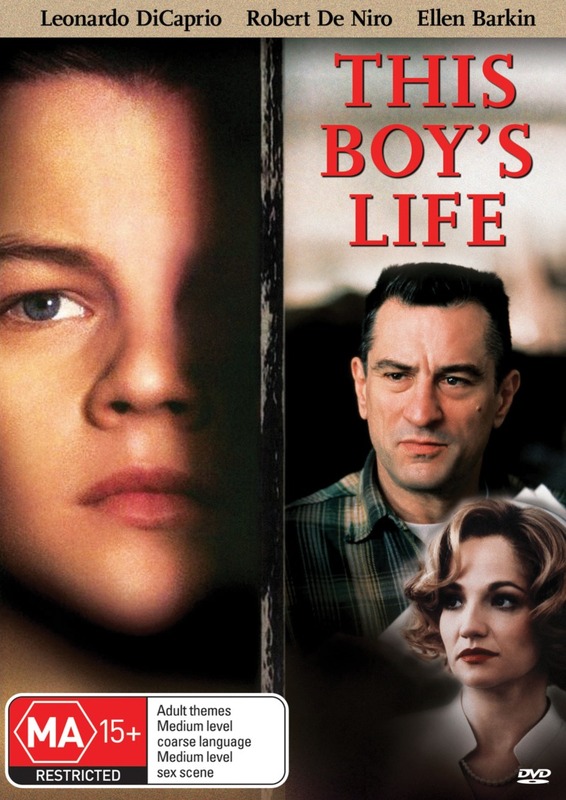 What the story is about

It’s a story about the life of a boy and how he struggled through adolescence, giving emotional support of his single mom, and dealing with his stepfather’s abuse.

The movie talked about male domination. There was a power struggle between the boy and the stepdad. The depressing part of the movie was the fact that in those times, women were merely wallpapers; they weren’t allowed to have voices and be freed.

Toby Wollf’s mother was portrayed as a desperate woman who could not survive without a man. The story was also focused on Toby and who struggled his way through adolescence – with a single mother who had failed relationships and constantly seeking the emotional support of a man and realizing that they needed to be free from his stepdad’s abuse and insecurity.

Tobias ‘Toby’ Wolff: Sometimes I had to blame somebody; she was the only one there.

Tobias ‘Toby’ Wolff: Mom, you can leave too, I’m leaving, you don’t have to stay here for this shit.

Caroline Wolff Hansen: I don’t, do I?

Caroline Wolff Hansen: I could leave with you right now, couldn’t I?

Tobias ‘Toby’ Wolff: Yes, you could.

Caroline Wolff Hansen: I could walk right out that door, couldn’t I?

What the movie is about

The movie was about the splendid and luxurious life of the mysterious guy named Gatsby as told by another main character and his efforts to win back his old girlfriend who already had a family of her own.

The movie could destroy you forever. Watching the movie can cause grief and misery for a couple of months.

The green light symbolized Daisy and Gatsby’s dream to be with her. Like the light, she seemed near yet so far. The movie didn’t really emphasize love, but madness and terrible longing, and the story was told from the point of view of the narrator.

Daisy was also portrayed as a beautiful woman who was able to get what she wanted merely because she was beautiful, that’s it. She had no character; she was hollow. Her lack of character and all those women in Gatsby’s parties could make you feel sick.

“They’re a rotten crowd. You’re worth the whole damn bunch put together.”

Nick Carraway: Gatsby believed in the green light, the orgastic future that year by year recedes before us. It eluded us then, but that’s no matter – tomorrow we will run faster, stretch out our arms farther… And one fine morning – So we beat on, boats against the current, borne back ceaselessly into the past.

Daisy Buchanan: I hope she’ll be a fool – that’s the best thing a girl can be in this world, a beautiful little fool.

Nick Carraway: In my younger and more vulnerable years, my father gave me some advice. “Always try to see the best in people,” he would say. As a consequence, I’m inclined to reserve all judgements. But even I have a limit.

Because it’s easy to watch free movies online, most of these old movies are accessible through the internet.